If you have noticed that some of the trees on your property require a bit of TLC, then you may be interested in doing a bit of pruning on your own. This is a good idea if you are handy around the house, and you may think about treating the cut branches to make sure they remain as healthy as possible. Some individuals will use wound paint on the ends of the cuts. This is not wise for the following reasons:

When a tree is injured, it grows a scab over the wound much like the human body does. In this way, it seals the damaged area to keep it from being exposed to the outside environment. Sealing helps to prevent infections from microorganisms that include viruses and fungi. Also, it keeps rot from spreading from the wound to other parts of the tree.

It is not completely understood how a tree knows how to seal a wound, but the exposed tissue is one thing that likely signals that a callus should be formed around the area. A chemical boundary is formed to section off the wound and then the physical callus grows. However, if the tissue is not exposed, the process of "healing" does not start.

As the tree ages, the wound paint will wear off and leave small sections of the trimmed area exposed. Since a callus did not develop, rot can now form in the area.

They Seal In Moisture

Before a callus forms, the exposed wound will dry out. This helps water to dissipate so that it does not contribute to the formation of rot. As the water evaporates, fungi and other microorganisms will die as well and this prevents infections and rot from possibly traveling to other areas of the tree tissue.

If the paint is placed on the wound before this happens, then the water will be sealed in with microorganisms, which will often contribute to rot.

In some situations, the paint itself can actually be used as a food source for bacteria, fungi, and other microorganisms, further contributing to the possible formation of infections.

If for some reason the trimmed edge of the branch appears to be developing fungi or will not dry out, then it is best to prune a bit more of the branch. Remember to cut at an angle, as this will help to encourage drying the formation of the callus.

If you want to know more about pruning, trimming, and how to encourage good tree health after pruning, speak with a tree service professional, such as at   Blue Ox Tree Care of Indiana. 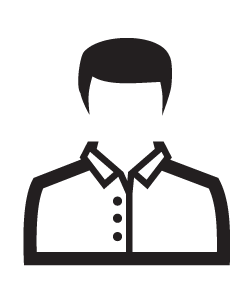 After months of worrying about the health of our yard, it occurred to us that we had to do better to look after our trees. They were overgrown and a little unsightly, so we started talking with tree service professionals about trimming them effectively. We talked with them about their past experience, and then we asked them to trim back our trees. After they started, I could see the progress, and I knew that it was all because of their commitment to detail. I wanted to start a new blog all about taking care of trees and making things right.